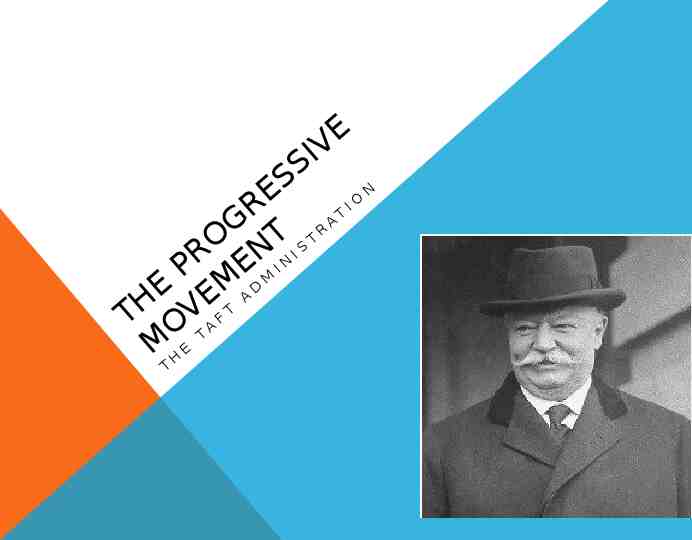 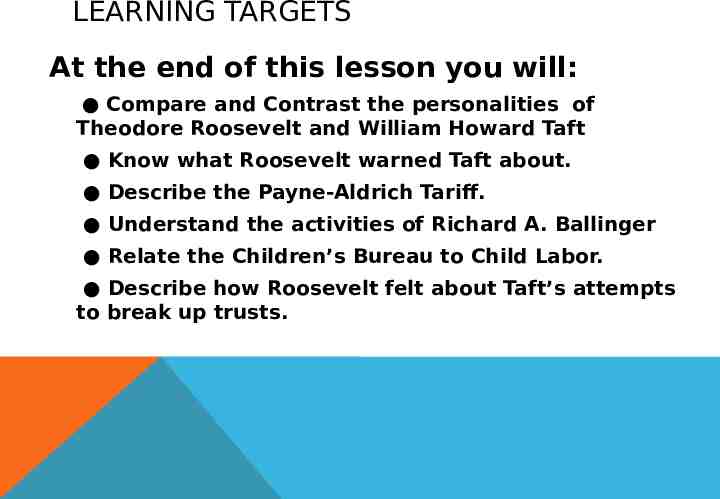 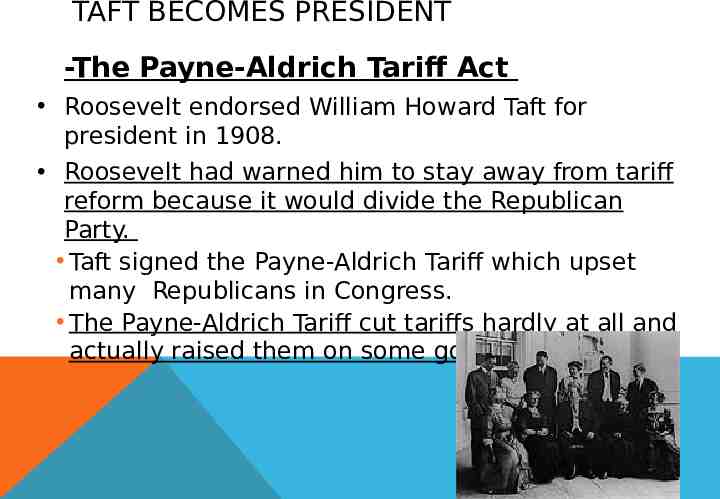 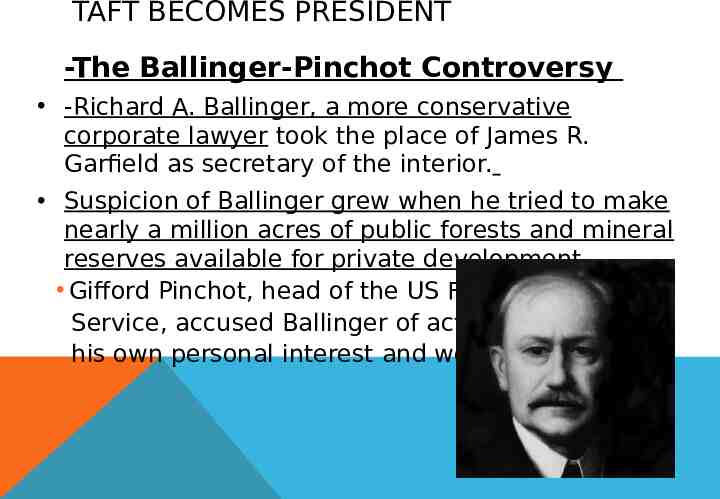 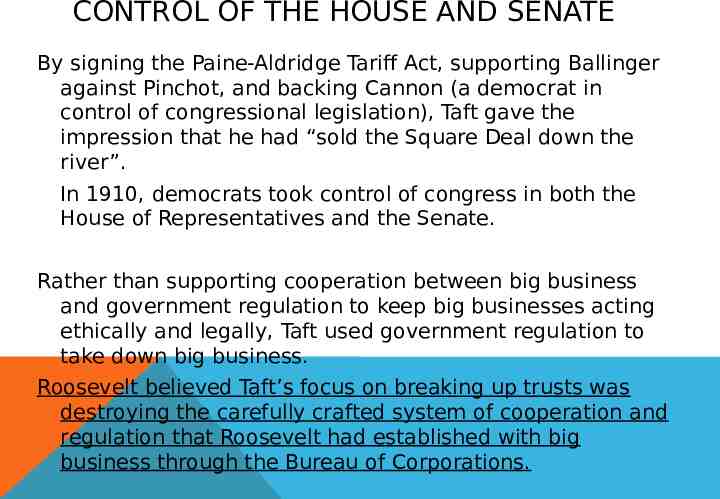 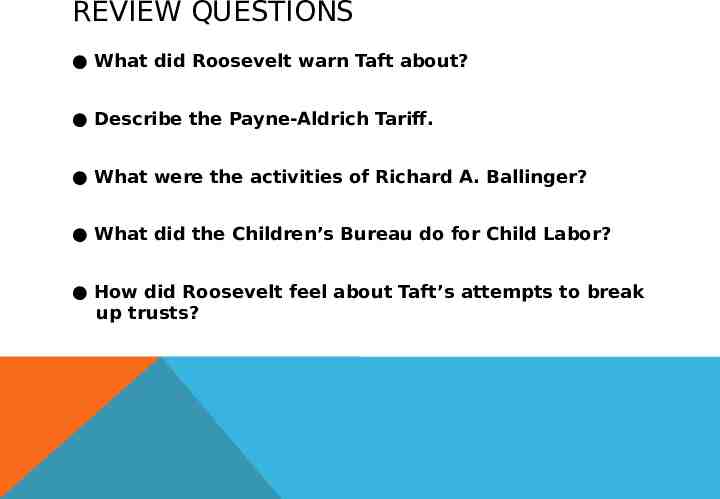 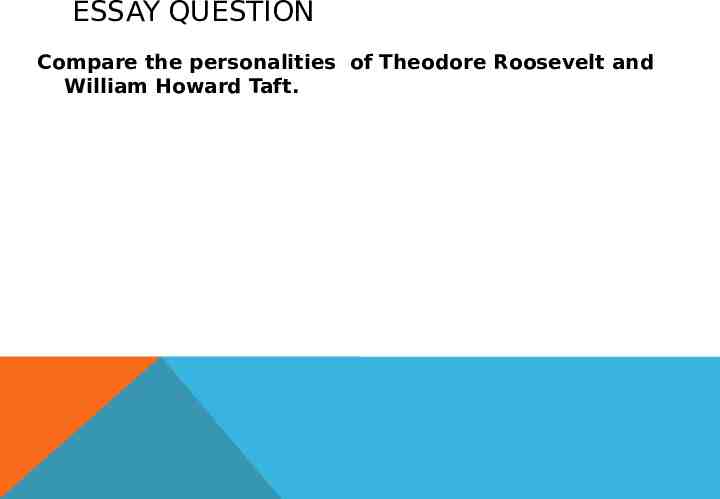 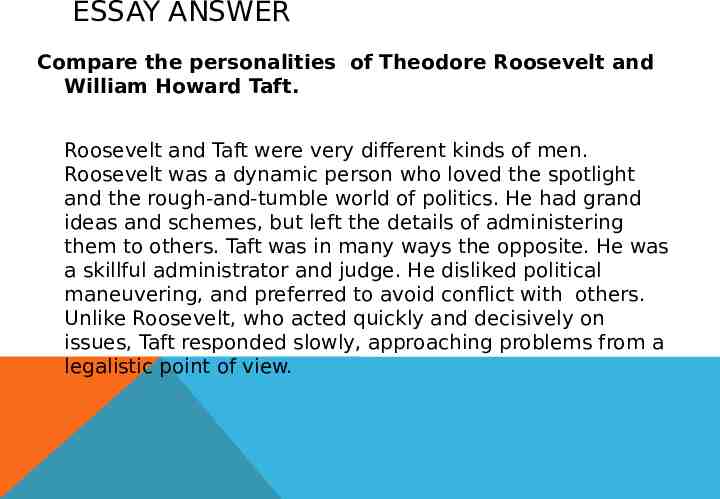 LEARNING TARGETS At the end of this lesson you will: Compare and Contrast the personalities of Theodore Roosevelt and William Howard Taft Know what Roosevelt warned Taft about. Describe the Payne-Aldrich Tariff. Understand the activities of Richard A. Ballinger Relate the Children’s Bureau to Child Labor. Describe how Roosevelt felt about Taft’s attempts to break up trusts.

TAFT BECOMES PRESIDENT -The Ballinger-Pinchot Controversy -Richard A. Ballinger, a more conservative corporate lawyer took the place of James R. Garfield as secretary of the interior. Suspicion of Ballinger grew when he tried to make nearly a million acres of public forests and mineral reserves available for private development. Gifford Pinchot, head of the US Forest Service, accused Ballinger of acting in his own personal interest and wealth.

CONTROL OF THE HOUSE AND SENATE By signing the Paine-Aldridge Tariff Act, supporting Ballinger against Pinchot, and backing Cannon (a democrat in control of congressional legislation), Taft gave the impression that he had “sold the Square Deal down the river”. In 1910, democrats took control of congress in both the House of Representatives and the Senate. Rather than supporting cooperation between big business and government regulation to keep big businesses acting ethically and legally, Taft used government regulation to take down big business. Roosevelt believed Taft’s focus on breaking up trusts was destroying the carefully crafted system of cooperation and regulation that Roosevelt had established with big business through the Bureau of Corporations.

REVIEW QUESTIONS What did Roosevelt warn Taft about? Describe the Payne-Aldrich Tariff. What were the activities of Richard A. Ballinger? What did the Children’s Bureau do for Child Labor? How did Roosevelt feel about Taft’s attempts to break up trusts?

ESSAY ANSWER Compare the personalities of Theodore Roosevelt and William Howard Taft. Roosevelt and Taft were very different kinds of men. Roosevelt was a dynamic person who loved the spotlight and the rough-and-tumble world of politics. He had grand ideas and schemes, but left the details of administering them to others. Taft was in many ways the opposite. He was a skillful administrator and judge. He disliked political maneuvering, and preferred to avoid conflict with others. Unlike Roosevelt, who acted quickly and decisively on issues, Taft responded slowly, approaching problems from a legalistic point of view. 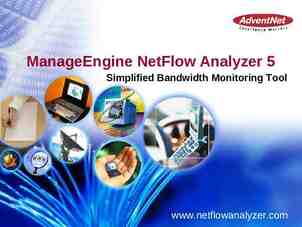 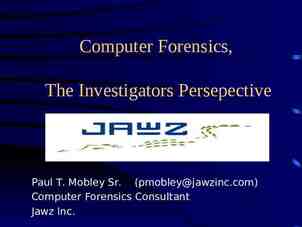 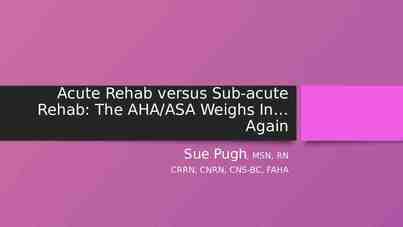 Acute Rehab versus Sub-acute Rehab: The AHA/ASA Weighs In… Again 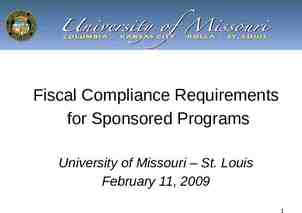 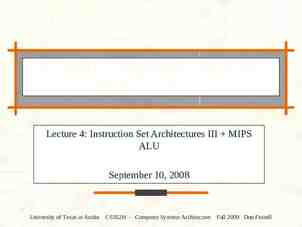